A professional musician for over 15 years, Cash has toured in over 20 countries, co-leading and backing numerous projects primarily as an upright bassist. Yet his most recent foray into writing and recording marks his first effort as an independent solo musician.

Infusing themes of mythology, philosophy, and the esoteric with familiar images of the American landscape and way of life, Michael Kiel Cash has devised an entirely unique and entrancing approach to contemporary folk music. With tastefully sparse and traditional instrumentation (guitar, accordion, and vocal harmonies feature heavily on Cash’s tracks), Cash’s music can be listened to honestly, the poetry and intention standing at the forefront. Rich with imagery, metaphor, and a sense of the sublime, Cash’s debut album “Shores of Mercy”, set to be released in 2022, explores the perennial themes of longing, love, loss, and union from a place of familiar yet expansive American folk songwriting.

A first-generation New Englander, Cash’s parents hail from Texas and Louisiana, origins which actively inform Cash’s approach to songwriting and recording. Further back, Cash’s maternal grandparents arrived in the US from Germany in the late 1800s and began farming via the Homestead Act. His paternal grandmother’s family (bearing the name Cash) has been in North America since before the American Revolution, tracing its roots back to Scotland.

Cash’s long ancestral history in the west, including his parents’ southern origins, can be heard in the distinct twang and earnestness of Cash’s singing and wordsmithing. Despite being a northerner himself, Cash clearly interfaces with something deep and genuine as he occupies the part of himself that comes to life in his music.

Enthralled by music from a young age, Cash grew up recording experimental pieces of music on his mother’s old 4-track Tascam recorder in her attic late at night. These vivid and embodied memories continue to inform Cash’s passionate and soulful journey through his creative process, and the unearthing of his solo music into the world comes as an answer to a call that must be heeded.

Inspired by folk giants like Joni Mitchell, Townes Van Zandt, and Bob Dylan, Cash emphasizes craft and lyric in his thoughtful, intentional compositions, feeling a special affinity for the musician-poets (Leonard Cohen, Van Zandt, Dylan, etc.), which shines through in his writing. Cash has even set numerous poems to music from writers such as Emily Dickinson, Rumi, and Walt Whitman.

Dealing in the deep and serious questions of the human experience, Michael Kiel Cash takes a road both known and unknown through a wide and varied world, welcoming listeners along for a wander through the hills and plains of a landscape as much outside of us as inside. 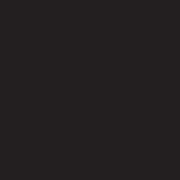 “A most sensitive man, a most moving musician. He makes music that loves you.”

“Like Walt Whitman stepping off an Ark of songs and letting all the wild animals free, Michael Kiel Cash delivers the music we need.”

“With soulful brilliance, multi-instrumentalist and accomplished musician Michael Kiel Cash connects us to the universality of being human through song. Cash’s arrangements are skillful and his lyrics are luminous poetry infused with Love. I can’t think of a better time for us to receive this gift.”

“I’ve been moved to tears at different moments on each listen through the record. Michael’s voice ties together a wide variety of styles and moods that take the listener on a deep and dynamic journey.”