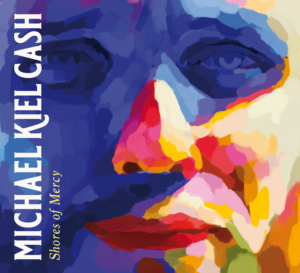 Aptly named, Shores of Mercy offers 12 intimate tracks running the gamut of American folk genres, from blues to soul to hymnal. Featuring an impressive host of 17 guest musicians, the songs on this timely album range from the subtle to the spectacular.

Songs like “Pinhole Pass” and “Winged Kiss” shine as understated ballads, carried by silken fingerpicking and Cash’s classic storyteller voice. Others achieve layered and complex compositions, like “Lying with My Baby,” an upbeat yet laidback soundtrack to summer, which builds to a surprising and ecstatic crescendo that mirrors the song’s final image of crashing waves.

Despite its consistent and recognizable sound, Shores of Mercy never feels predictable. “Hymn of the Harvest” features an organ and five-part ensemble choir to create a sacred atmosphere, while songs like “Hoophead’s Country Blues” and the album’s closer, “D&RGW Chili Line Blues,” deliver exactly what they promise: classic American blues bolstered by rich storytelling. The album even manages, intentionally or otherwise, to touch on the Celtic roots of American folk music, with songs like “Love’s Arroyo” (featuring flute and violin) and Muscadine Wine, which masterfully weave together the musical traditions of the old and new worlds.

Above all, Shores of Mercy showcases the earnest and vivid poetry of Michael Kiel Cash, who seems to draw equal inspiration from folk songwriters and spiritual teachings. In fact, Cash’s spiritual devotion is ever-present on Shores of Mercy. The album effortlessly fuses the mythology of American folk music with the songwriter’s clear mystical presence to create a unique and intriguing approach to modern songwriting. Building on this, the album closes with the line “hope to see you when we reach the end,” which speaks to the gentle and all-encompassing oneness Cash imbues in every song.

On Cash’s Bandcamp, he includes a note for his listeners: “Dear one! I have no answer, but I believe in your listening. Forget these little pieces, you are the song!” Throughout the sonic journey of Shores of Mercy, listeners are bound to feel a sense of Cash’s humanity, compassion, and genuine investment in his listeners. Tuck in for a listen to this new album and be prepared to be taken “to the edge of space and time/where the rubber meets the mind.”

Thank you @davepowers111 for adding Lying With My

“Our head is the dowry, our heart is the prize /

Thank you @roadiemusicmag for your review of Lying

Hear the new single “Lying with My Baby” now o

“We feeling lucky cuz all we are is Jane and Joh

This worn out jacket Hasn’t given up the ghost j

This place gave me a tune late one night. It’s

"Meet me in the sunlight..." Brand new single, enj

Record coming July 22nd! Thanks to Javier and jpgchief for the review. Presave link also below. 🙌🙏😘 ... See MoreSee Less

When this happens, it's usually because the owner only shared it with a small group of people, changed who can see it or it's been deleted.
View on Facebook
· Share

Thanks to Jon Colcord and 'Out of the Woods Radio' with Jon 'Chip' Colcord for featuring Hoophead's Country Blues as the opening track on this week's show! Jon has been of a supporter of my music for many years and I'm happy to call him a friend.'Hoophead's...' features the great Mike Turk on harmonica and is inspired by the game of basketball and Allen Iverson. The track will be out next month with the release of Shores of Mercy. More info on the upcoming album can be found at www.michaelkielcash.com.www.outofthewoodsradio.co ... See MoreSee Less

Out of the Woods Radio

Out of the Woods is an independently-produced weekly radio program of mostly acoustic music. The show is heard internationally on a variety of great FM and online radio stations. The programs are avai...
View on Facebook
· Share

“Our head is the dowry, our heart is the prize / For we yield the harvest and She wields the scythe…” ... See MoreSee Less

Thank you @roadiemusicmag for your review of Lying With My Baby! Check it out at the link below- roadie-music.com/michael-kiel-cash-e-presenca-marcante-com-o-single-lying-with-my-baby/#folkmusician #americanamusic #singersongwriter #indiefolk #musicreview #songwriters #summermusic ... See MoreSee Less